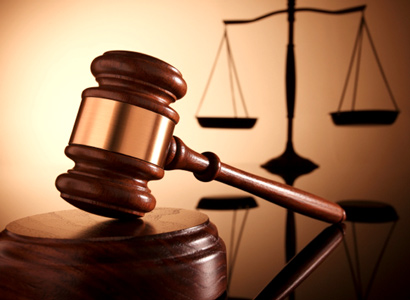 Attorneys who practice in the area of personal injury litigation are familiar with the 2006 decision in Arkansas Department of Human Services v. Ahlborn which holds that under the Medicaid anti-lien statute a Medicaid agency is only entitled to recover a portion of a personal injury judgment or settlement that is “designated as payments for medical care”. Recently, the United States Supreme Court reaffirmed that holding in the North Carolina case of WOS v. E.M.A by rejecting a North Carolina statute that provided for a statutory presumption that 1/3 of a tort recovery was the amount due under the state’s Medicaid subrogation claim because of the provisions of the anti-lien statute.

According to an Informational Bulletin dated December 27, 2013 issued by the Center for Medicaid Services, the Medicaid provisions in the Bipartisan Budget Act of 2013 passed by Congress and signed by the President on December 26, make a number of changes to Medicaid Third Party liability law in order “to affirm Medicaid’s position as payer of last resort“. The first two provisions make changes as to the ability of states to delay payments to providers in certain circumstances. However, the major change is in regards to the state’s ability to recover costs from the full amount of a tort award, rather than only the portion of the award allocated to the medical expenses. In other words, a state’s right of recovery is expanded so that it will be reimbursed for non-medical expenses, such as benefits provided under the home and community based waiver programs. These changes take effect on October 1, 2014 and according to the Congressional Budget Office, the results will save the federal government approximately $1.4 billion over the next ten years.

As background, federal law known as The Medicaid Secondary Payer statute generally providedthat if there is another primary payer such as a tortfeasor or insurer, otherwise obligated to pay for a health care item or service that payer is supposed to be billed in the first instance and as a result, this statute allows for a payer of a tort award to be considered a “primary payer” and in effect obligates Medicaid to recover amounts expended for theMedicaid recipient ‘s costs related to the injury. Ahlborn and WOSconsistently supported the position that those costs were only the costs attributed to medical care. Due to the financial stresses caused by the Medicaid program since these cases were decided, there has been considerable pressure exerted by the various states to expand the right of recovery under the secondary payer statute and this recent change is the result.

The mechanism that ensures a Medicaid recovery is the statutory requirement that a Medicaid recipient assign over his/her rights to any potential tort recovery which is now amended to require an assignment that is no longer limited solely to payment for medical care.

Furthermore, the amended statute also changes the extent to what a Medicaid lien may attach. Whereas the current statute provides that the lien may attach to “the judgment of a court on account of benefits incorrectly paid on behalf of [such] an individual”, the amendment now adds that that the lien can attach to; “the rights acquired by or assigned to the State in accordance with” the provisions dealing with the required assignment of a Medicaid recipients rights of recovery as now changed and as mentioned above.

As mentioned above, this change is not effective until October 1, 2014 and will have no retroactive effect to previously resolved claims but if there is a pending personal injury claim that has not been resolved by that date this new statute will apply. It is expected there will efforts to repeal or modify the statute by State regulatory action but if not this change will dramatically alter the landscape of personal injury litigation and special needs planning.

Do You Need an Attorney to File a Medicaid Application?

Too Fast, Too Soon: Estate Planning Lessons from Paul Walker
Scroll to top Call Us