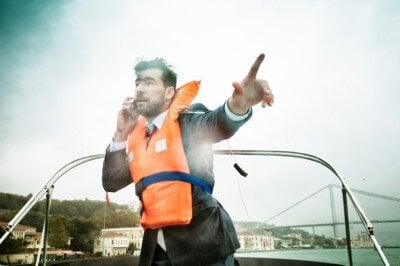 Take yourself back to December 31, 2019, there is excitement and hope throughout the world for the upcoming year. The possibilities seem endless. There are investments to make, businesses to expand and goals to conquer. Nothing can stop your pursuit of achievement…

Well, almost nothing. Suddenly, in the early months of 2020, we are faced with the challenges of COVID-19 and the world is forever changed. Governors across the country issued executive orders mandating all nonessential businesses to close in-office personnel functions and banning all nonessential gatherings of individuals.

While some businesses may be able to function while their employees work remotely, what about those nonessential businesses that can’t, such as restaurants, hotels and certain retail stores? How can entrepreneurs remain solvent and meet financial obligations when they are not allowed to open their businesses?

It was at this moment that many entrepreneurs remembered the premiums they paid to an insurance company for a general liability and/or property insurance policy. Some, or in our experience most, probably never read these policies. I am quite certain that my father, an entrepreneur for over forty years, never even saw his policies. But there was an understanding that if something awful happened, you had insurance. It was there to protect your business in the worst-case scenario. Hopefully it would never be needed, but if it was it would protect your business from financial ruin. Why else would you send your hard-earned money to an insurance company every year for nothing but a promise in return?

At least that’s what many thought when they desperately reviewed their policies to see if a government-mandated shutdown would be an insured event. And, there was reason for hope, as some general liability and property insurance policies have business interruption bundled in the policies. Business interruption provides coverage for lost income due to a civil authority shutdown, which, while the frequency of such an event is expected to be low, the severity could be catastrophic. Unfortunately for most entrepreneurs, however, even though governors across the country mandated that nonessential businesses close, insurance companies claimed that a pandemic is excluded from coverage and denied claims. Imagine, paying an insurance company a premium for decades, totaling in the hundreds of thousands or even millions of dollars, only to be told that in your time of dire need, you aren’t insured because a pandemic is one of the exclusions buried in the policy.

Even those who legitimately claim that their business interruption coverage insures this precise event, like world-renowned chef Thomas Keller, are being denied coverage. Numerous lawsuits have been filed against insurance companies seeking compensation for lost income due to the pandemic, but they could take years to resolve, and will likely result in substantial legal fees.

The pandemic has reminded us that life is unpredictable or, as we say at the firm, “LIFE HAPPENS”. It is time to review your current insurance policies to see if you are prepared, or whether you should consider adding a new layer of protection to your business by supplementing them with custom policies underwritten by a captive insurance company. To further discuss how a captive insurance company can protect your business, and be your next business, please call Pierro, Connor & Strauss at 1-866-951-PLAN for a free consultation.

Estate Planning When You Live in Two States