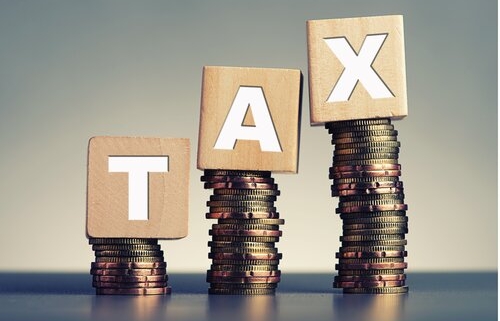 A new administration usually means that tax code changes are coming. While it remains unclear exactly what tax changes President Biden’s administration will propose and what Congress will approve, two possibilities are that estate tax exemption will be reduced and the stepped-up basis on death will be eliminated. The first would affect only multi-millionaires, but the second could have an impact on more modest estates and their heirs.

Another possible tax change could affect how property is valued when it is passed at death. “Cost basis” is the monetary value of an item for income tax purposes. When determining whether a capital gains tax is owed on property, the basis is used to determine whether an asset has increased or decreased in value. For example, if you purchase a stock for $10,000, that is the cost basis. If you later sell it for $50,000, you will have to pay taxes on the $40,000 increase in value.

Under current law, when a property owner dies, the cost basis of the property is “stepped up.” This means the date of death value of the property becomes the basis. For example, suppose you inherit a house that was purchased years ago for $50,000 and it is now worth $250,000. You will receive a step-up from the original cost basis from $50,000 to $250,000. If you sell the property right away, you will not owe any capital gains taxes.

The current administration may propose to eliminate the basis step-up rule in favor of a carry-over basis rule which means that your heirs would pay a capital gains tax on the difference between what you paid for the house and, when it is ultimately sold, the sales proceeds.  Using the above example, if you bought a house in 1979 for $50,000 and your heirs sell it for $250,000, your heirs will pay a capital gains tax on the difference – or $200,000.  The change could result in tax increases for some people inheriting property that has risen significantly in value.

Elimination of the step-up rule has been proposed in the past, including in 2010, when the estate tax was repealed for one year. However, Congress quickly repealed the new carry-over basis rule because of the difficulty in determining the original basis of an asset after its owner’s death. Some claim that, although in the past it was difficult to determine the original cost basis of some property, in the digital age that information may be more easily gathered. However, at Pierro, Connor & Strauss, we continue to see many clients that hold stocks in certificate form and estates in which the decedent/owner did not keep accurate records of improvements. Although with respect to securities, the brokerage houses have better access to historical information, the research necessary to obtain basis information for securities that are not in a brokerage account or residences that have been significantly improved over the lifetime of the decedent would still be a nightmare for most estates.

Further, a repeal of the step-up basis rules would disproportionately affect the middle class and minority communities that don’t necessarily have access to the funds needed to pay a capital gains tax on property that has been held for decades or to hire the necessary professionals to do the research and prepare the necessary tax filings for accurate reporting of those gains.  Conversely, the research and cost would not necessarily be a burden on the wealthy who are more likely to hold their securities in brokerage accounts and thus have better access to that information, as well as, have relationships with the necessary professionals and the liquidity to pay the tax.

Most tax professionals believe that the likely change will not be a repeal of the basis step-up rule, but rather a reduction in the exemption – with or without an increase in the estate tax rates to somewhere between $3.5 million and $6 million.

Another question is whether either of these changes will be made retroactively. Since the pandemic is the top priority for the new administration, it is unlikely that any tax proposals will even be discussed before late February or early March.  Any effort to make those changes retroactive to January 1st would likely be challenged in court.

If you have not already used your $11.7 million federal exemption, we advise you to utilize your remaining exemption by making a sizeable gift.  If a large gift is made before the effective date of any reduction in the federal exemption, you will, in effect, be leveraging your federal exemption by making the gift during a period when it is transfer tax free.   And you can still capture your unused federal estate tax exemption and remove future appreciation in your estate NOW without a significant loss of control by making those current gifts in trust for your children or other family members; outright gifts to children or other family members are not necessary.

In addition, if you reside in a state, such as New York, that imposes an estate, but not a gift tax, the advantage of making a large gift is multiplied exponentially.  New York’s estate tax exemption is currently $5.93 million for individuals and $11.86 for couples.  But New York will only include those gifts in your estate tax base if they are made within 3 years of death.  The sooner those gifts are made, the sooner the clock starts running for those gifts to be New York tax free.

We have been urging clients to take these important planning steps for some time and many are responding and taking the steps we are recommending.

If you are concerned about these rules changing, talk to an attorney at Pierro, Connor & Strauss to determine if what steps are right for you; the initial consultation is complimentary.