Healthcare in America is a scandal.  The battles fought over the Affordable Care Act have dominated our political landscape, stoking the fires of both the left and the right, with the media that panders to each adding a daily dose of gasoline. A recent article by Michael Fischer in the April 17, 2014 edition of ThinkAdvisor entitled “Retiree Social Security Benefits to be Wiped Out by Healthcare Costs” portends a looming crisis of epic proportions. The article focuses on a new retirement Healthcare Cost Index, created by HealthView Services, which “shows that middle-class Americans are approaching the day when they will have to use their entire Social Security benefit to pay for their healthcare.”  As disastrous as the index appears to be, consider this shocking fact: it does not include Long Term Care costs. Our prior blog posts covered 2014 Medicaid Changes in New York (including the rollout of Managed Long-Term Care) and the Current Issues in LTC Insurance. This post will highlight the current efforts in Washington and Albany to craft policies and programs that can serve the needs of our burgeoning population of seniors and people with disabilities, while preserving Medicare, Medicaid, Social Security and the public fisc.

Long-Term Care, for decades the forgotten stepchild of healthcare, has gained significant attention from policymakers of late, as the 78 million Baby Boom generation is now between the ages of 50 and 68 years.  Many of the boomers have witnessed the stress on their families and the financial ruin faced by their parents who have failed to prepare for the ruinous expenses of Long-Term Care, and it appears that they are now in a position to do something about it.  An author who follows aging issues for Forbes magazine, Howard Gleckman, published an article on April 9, 2014, entitled “Finally, Modest Progress Toward Long-Term Care Financing Reform”.

For the past 19 years, our annual Elder Law Forum has chronicled the policies and programs designed to cover Long-Term Care, and the woeful inadequacy of existing systems to accommodate the aging population.  We discussed a program enacted through the Affordable Care Act called the “Class Act”, which as predicted when we first saw the legislation has failed miserably and was repealed in January of 2013.  The President then appointed a Long-Term Care Commission, which issued a report that highlighted many of the problems, but offered few solutions.  Since that time, as Gleckman reports, “a wide range of private interests including Long-Term Care providers, consumer groups, the insurance industry, and policy analysts seems to be moving toward a broad consensus on how to address this important and difficult issue.”  He states that “the solution is likely to include some mix of private insurance and a public safety net beyond Medicaid-the current government program that is the single biggest payer of Long-Term Care services and support.”

We will once again be exploring the concept of a public-private solution to Long-Term Care financing at the 19th Annual Elder Law Forum, and our breakout session led by Gail Holubinka will be dedicated to reviewing reports by LeadingAge (Dan Heim of LeadingAge New York will be one of our presenters), the Bipartisan Policy Center (a Washington based group led by Sen. Bill Frist, Tom Daschle and former Health and Human Services Secretary Tommy Thompson), the Society of Actuaries and others. Panelists Bill Schroth, Brian Johnson and I will present the highlights of each position, and we will then have an opportunity for open dialogue on how to craft an appropriate solution for Long-Term Care. Don’t miss this unique opportunity to immerse yourself in the turbulent seas of aging in New York State! 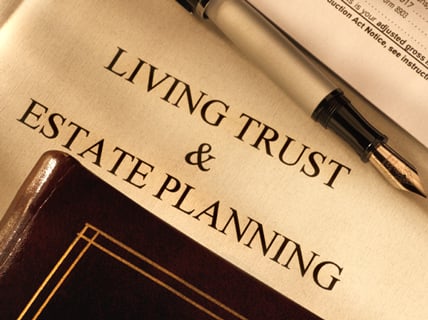 Preparing a Will is a great way to begin any estate plan, but for the reasons expressed below it pays for many to take the plan to the next level and establish a Revocable Living Trust as well.

Every Will must be offered for probate and found to be valid by the local Surrogate’s Court before the named executor can be appointed, the debts of the deceased and expenses of the estate paid and the assets distributed.  The length and cost of the probate process varies but is almost always significantly lengthier and more expensive than the administration of a Revocable Living Trust. 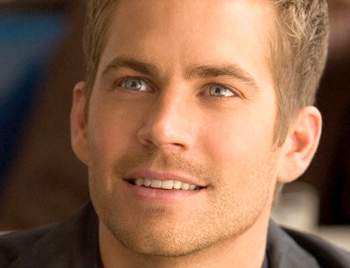 Paul Walker, an actor who starred in popular movies such The Fast and Furious, died tragically in a car accident at the age of 40. Walker was unmarried at the time and had one daughter with former girlfriend Rebecca Soteros. Walker’s entire estate, which has been reported to be about $45 million, is left to his 15 year old daughter Meadow. Walker’s father has filed the will with court and has been appointed executor of his estate. There is some controversy over the fact that Walker requested that his own mother be appointed guardian of Meadow, and not Soteros. There is likely to be a court battle among Walker’s parents, Meadow’s mother, and Walker’s recent girlfriend, Jasmine Pilchard-Gosnell, who was left nothing in his estate plan and was helping to raise Meadow.

Are there lessons to be learned from the Walker estate in planning our own estates?

Attorneys who practice in the area of personal injury litigation are familiar with the 2006 decision in Arkansas Department of Human Services v. Ahlborn which holds that under the Medicaid anti-lien statute a Medicaid agency is only entitled to recover a portion of a personal injury judgment or settlement that is “designated as payments for medical care”. Recently, the United States Supreme Court reaffirmed that holding in the North Carolina case of WOS v. E.M.A by rejecting a North Carolina statute that provided for a statutory presumption that 1/3 of a tort recovery was the amount due under the state’s Medicaid subrogation claim because of the provisions of the anti-lien statute. 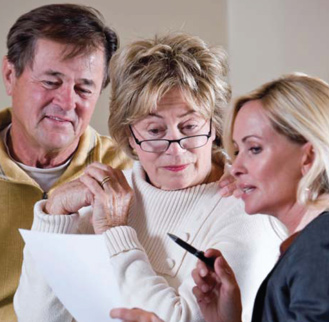 The New York State Bar Association’s Elder Law Section’s informational pamphlet “Why Your Medicaid Application Should be Entrusted to an Elder Law Attorney” is made available to you to assist you in understanding the benefits of utilizing a qualified Elder Law Attorney for your Long-Term Care Planning and Medicaid needs.

In New York, it is not required that an attorney assist with the Medicaid application. In fact, you can prepare the application yourself. There are many entities, agencies, or divisions within hospitals and nursing homes which may offer to prepare and submit the application for you for free or for a reduced fee. However, you must exercise great caution when accepting that help, as those entities and agencies are not obligated to advise you of your rights and are not permitted to give legal advice or implement legal strategies. Using these services might expose you and your family to risk. 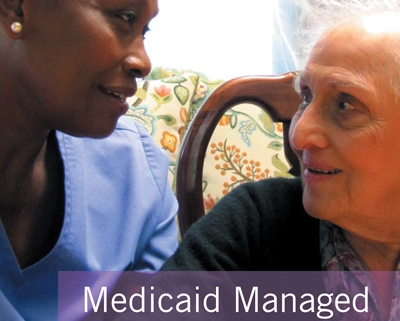 If I told you all those changes have taken place over the last 12 years you would say that’s a lot, but the fact that they have taken place over the last 12 months is astounding. As I sat to write the introduction to our 19th Annual Elder Law Forum, I was stumped – not because I had too little to work with, but because I had too much. So I decided to take on the issues one at a time, in a series to update you on the state of Long-Term Care in New York State, and its impact on consumers, providers, insurers, taxpayers, government, workers and even attorneys.

Scroll to top Call Us